You are here: Home » News » U.S. should lift people's living standards, not inflation

You may find that our economy is more worse than last several years, many people postpone their plans to import goods from other countries. This is because we are suffering inflation now.

BEIJING, June 7 (Xinhua) -- The United States has tasted the bitter fruit of hyperinflation, which has stayed above 6 percent since the beginning of this year.

While attributable to the sharp rise in global energy, food and commodity prices caused by the Ukraine crisis, the hyperinflation is essentially a result of the unreasonable and irresponsible policies of the United States itself, such as massive bouts of quantitative easing, trade war against China, global supply chain disruptions, as well as escalating the Ukraine crisis and providing huge fiscal subsidies for the pandemic response at home.

When inflation became too high to bear, the United States chose not to address its root cause, but to switch to aggressive quantitative tightening. The Federal Reserve has raised interest rates twice this year, including a record hike of half a percentage point, the first of that size since 2000. The Federal Reserve also announced that it would start to unwind the balance sheet in June. All these measures have failed to curb inflation significantly, and the U.S. price surge remains in a historically high range. 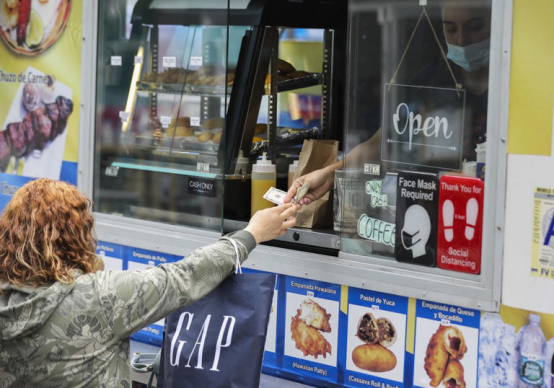 Inflation does not stop at the water's edge. As indicated by recent statistics, hyperinflation in the United States is spilling over fast, and Southeast Asia has taken the brunt, where inflation rates of many countries have climbed to new highs.

Southeast Asian countries are mostly developing countries where food consumption accounts for a relatively large portion of overall national expenditure. Therefore, in addition to increasing people's living costs, high inflation may also lead to a higher risk of social unrest, as pointed out by Mohamed Faiz Nagutha, an ASEAN economist at Bank of America Securities.

U.S. hyperinflation is seriously affecting the faltering world economy. Developing countries need to brace themselves for its long-term impact. Many of them, including Southeast Asian countries, have already felt the pinch of the surge in commodity prices, compounded first by the pandemic, and then by the U.S. interest rate hike and balance sheet reduction.

As the world's largest economy, the United States must shoulder its responsibilities for world economic recovery, rather than push up inflation in developing countries.