You are here: Home » News » The crisis is touched

The crisis is touched

The crisis is touched! US railways cancel all long -distance trains! Or outbreak of national railway strikes! 30%of cargo transportation is paralyzed.

According to CCTV News, according to several American media reports, several major unions that recently representing railway workers are negotiating with major freight railway companies for labor disputes. As the parties have not been able to reach an agreement in the negotiations, the United States may be on the 16th local time on the 16th local time. The strike is expected to have a serious negative impact on the US economy.

Regarding the strike that may occur on the 16th, the National Railway Passenger Company of the United States said on the 14th that all long -distance trains will be canceled from the 15th local time. The U.S. government has begun to formulate emergency plans to ensure the transportation of key supplies under the situation of railway closure through other transportation methods. However, industry experts said that the loss of railway capacity is unlikely to make up for other ways. In particular, the US truck transportation industry has faced driver shortages.

According to the estimates of the US Railway Association, the strikes that may occur on the 16th will cause nearly 30%of the US cargo transportation to be affected, and the supply of food and fuel transportation will be blocked and exacerbate the inflation in the United States. A series of transportation problems caused by strikes will affect the US energy, agriculture, manufacturing and retail industry, and daily economic losses may be as high as $ 2 billion. 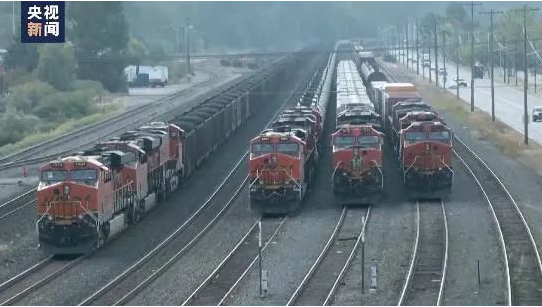 I would like to remind friends on behalf of friends who shipped the United States recently to pay attention to the development of the situation and the delay of the transportation of goods that may occur in the future.